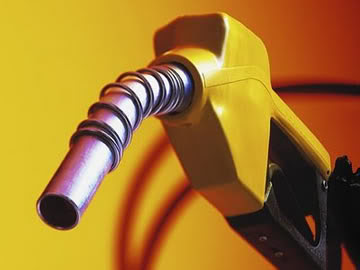 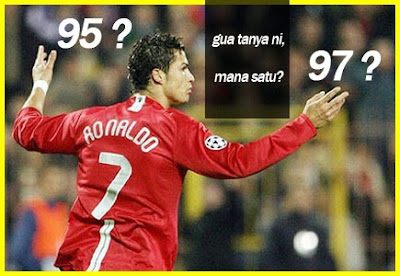 16.7% of profit has been gained without a single complain from the public. You have to admit this is a fantastic marketing gimme. Even if you see it coming like I did, even if you wrote letter into the authority request for action taken .... but the majority of the consumers were falling for it, hence there is really nothing you can do about it, like I was, no matter how hard I tried. We just have to admit ... it was a gimme well played.
I waited more than 6 months to release this article. What do you think ? Do you still think this governing body has taken good care of your interest ? Or do you believe this article has some truth ?
Email ThisBlogThis!Share to TwitterShare to FacebookShare to Pinterest
Labels: Inflation

This is terribly misleading. What you are talking about is the Octane number, NOT the purity of petrol. RON97 just means that the fuel you are getting will have the same knocking characteristics as 97% iso-octane and 3% heptane for all that matter. Again,this has nothing to do with the purity of petrol. You can even use a combination of alcohols and get fuel with the octane # of > 100.

While I understand you are saying that the government is short-changing us with a type of replacement fuel that is of a lower grade, the fact is, this is not really a big deal.

I have lived in California for many years and they best that people there get is 92. (In Arizona, I remember even getting something like an 82 before!!) For most of us, especially with the price of petrol going through the roof past couple of years, we would go for 89 or 87. Yes, THERE is the option for 87 (and even lower). Your car won't run better if you are using a higher fuel rating than what was specified by the car manufacturer. If you have a Porsche Boxster, it may, but definitely not my Japanese car or my wife's Perodua.

Listen, while I think I have a problem with the government taking the subsidy money and doing "something which I do not know what", I think this move is good just looking at it from the perspective of the cost of petrol and what people actually need.

If Pakatan Rakyat government would be to force us to use 87 or 89 so that they can cut down unnecessary spending, I am all for it.

RON95 and RON 97 does not mean 95% or 97% pure gasoline.
The usage and performance depends on the type of car that is using the fuel.
See http://en.wikipedia.org/wiki/Octane_rating#Research_Octane_Number_.28RON.29

this articles is lack of explaination the different in term on content of 95 and 07 and correlation between world market price and local price i.e. in Singapore. in fuel price in Singapore is Sing 1.67 equivalent to RM 3.80. You may argue that Singapore's pay is higher than Malaysia but fact remains that fuel oil in Malaysia in among the cheapest in the world .

If only I can use battery to run my car!

As expected,unfortunately, the minister-in-charge got freed without cursing fm the rakyat...Ismail Sabri the snake....talk cock sing song la la la .........

i think u should learn more about automotive world..octane rating does not relate to energy content or quality of the fuel..

its the detonation resistance...
ron 95 is commonly used worldwide..in US they even use lower than ron 90...
no problem..

i agree with your idea, the moves by government to raise fuel price..but dont give wrong facts to reader...

Thank you all for the correction on the octane part, I was hesitate to draw in those details earlier. It was only meant to say Ron95 is lower quality than Ron97. Unlike the impression drawn by the press back then that Ron95 is equivalent if not better.

I couldn't find any other simpler word to sum all that up in one sentence than using the word 'purity'.

I know the sugar price will increase just as I saw more media ads on the dangers of Diabetes..

Sugar is bad, so lets increase the price to reduce consumption..

Next, obesity is bad, so get ready to eat less and exercise more :P

I would like to exchange links with your site www.blogger.com
Is this possible?

yea right, as i said, that marketing has screw you upside down.