This is an extract of what I read in today's newspaper. More and more people start to carry this type of alternative concepts about retirement especially in this 21st century. You can't say its wrong. As a matter of fact, its a rather SMART way to go. But lie within is a huge hidden risk.
Read more »
3 comments:
Email ThisBlogThis!Share to TwitterShare to FacebookShare to Pinterest
Labels: Income, Inflation, retire, Saving

There is NO such thing as Passive Income !?

21st century personal finance is moving away from saving and focus into the income arena. In short, the gurus are now educating public that saving is NOT good enough, hence sourcing for passive incomes on the another hand is a BETTER solution, than just saving alone.

While the concept is definitely true and correct but unfortunately as the hypes go bigger and bigger, the idea of passive income has been abused and more scams started to appear in the market,
Read more »
5 comments:
Email ThisBlogThis!Share to TwitterShare to FacebookShare to Pinterest
Labels: Finance Planning, Fix Deposit, Money, Mutual Fund, Rule of Thumb, Saving, stocks 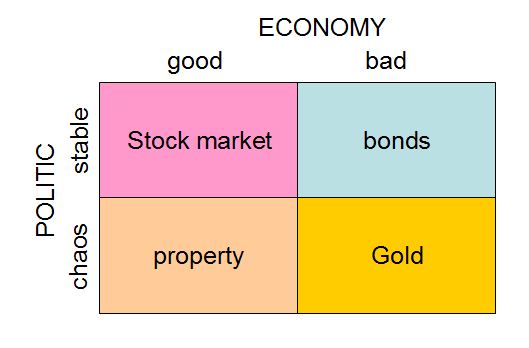 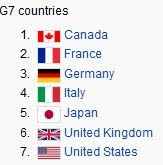 G7 are the 7 countries who have been dominating world finance since 20th century. Most of them are from Europe and North America, plus Japan.
However, most would have known by now that some of them are no longer as great as they used to be in this 21st century.
So E7 comes about where generally people think a new economical forces will emerge out taking over G7, they are (China, India, Brazil, Russia, Mexico, Indonesia and Turkey).
According to chart below, E7 will take over G7 in 2020. 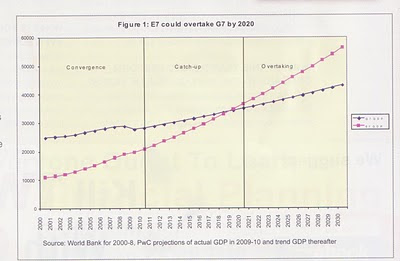 There are also stories that says this will happen in 2050. Either way, generally people expect E7 to take over G7 in due time.
However, the fact is that will NEVER happen.
What will happen instead is that 1-2 G7 members may drop out from the list because they fail to make a come back despite how hard they try. Like wise 2-3 E7 members never make it to the bar, hence E7 will NEVER be formed.
At the end, there may be a G11 formed, which has nothing to do with G7, G8 and G10.
G11 is seamlessly integrated among themselves with latest technology. Forex and logistic are no longer issues a small business owner need to worry about among these G11 member countries.
2 comments:
Email ThisBlogThis!Share to TwitterShare to FacebookShare to Pinterest
Labels: case study