the sides of GST

Actually GST is good, at least in theory. In practice, it could really go either way. And either way could mean good or bad for somebody and not everybody. This has already been proven in many countries who has adopted GST for ages. But one thing for sure, GST gives the government full Flexibility. 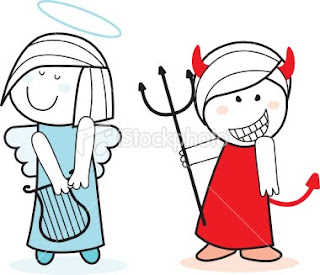 So system wise, GST is also better. Or in another word, GST is more systematic.
Most people may have known the devil of GST from many blog posts by now, but seriously if you look at the topic with a clear mind and NOT just from consumer point of view, you may realize those are really just purely speculation. However, it may still happen but when it does, it is because the consumers ourselves are making it happen. By thinking it might happen.

Interestingly however, not many people know the official GST info. What is the government thinking with regard to GST ?
Got it ?
People who buy will pay less,
people who sell will pay less and
government will have more money.

Interesting or not ? its MAGIC !!

At the end, it really doesn't matter what the big boys are doing. What really matter is what affects you. So forget about agreeing or disagreeing with GST. IT WILL HAPPEN ! You may as well start thinking how to make use of this GST to turn yourself into a part of the HIGH INCOME GROUP.

For that, you may want to check out .... Exempted stuffs


This article was suppose to be read in this sequence.


Malaysia's GST - a MAGIC !
Secrect of the MAGIC revealed !
a Perfect World !
What can we do ?

Wow, really magic! :) Looks like need to see how to make use of those exempted stuff...