the Magic of GST - reveal !

The 2 sides of GST are shown earlier, one is generally the consumer side who say NO, the other is the government side who say it will be OK.

The "magic" highlighted is everyone pay less and yet the government can earn more, how is that possible ?
First of all, the trick in that statement is 'tax payers'. Malaysia has about 27 millions people, only 1 million is paying taxes. So the rest of the 26 millions people who are NOT paying taxes now will be affected once GST is on. Even your underage kid buy a candy tomorrow, GST would have been included (depends on at which level of the distribution channel). So you "MAY BE" paying less tax, but everyone else in your family will be paying GST. Thats why you pay less tax and yet government can collect more, from people around you.

Secondly, not ALL industries will save money. This is a lengthy strategical discussion but in short; industries who optimize and/or shorten their distribution channels will survive, while others who don't will be dead. ( assuming everyone play fair and nice ). So small boys will die off, big boys will take over their market. Who pay the government more money ? Yes, the big boys. So big boys grow bigger and government gets more $. 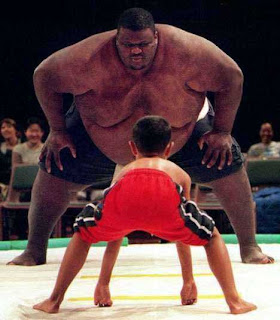 Lastly, government doesn't really earn more money, at least not now. You see, the biggest income of the country comes from petroleum and this natural resource is going to end soon ( in less than 10 years ? ) So where else can the government continue to get the money from ? Well, what is the biggest asset of a country ? Its people. So GST will diversify the country's income portfolio. In other words, a country that live on GST income is self sufficient ie. the people are keeping their own country alive. Sounds nice isn't it ? Again, assuming everyone play fair and nice ya.

The panic of general public is only valid if one day we lost the income from petroleum and the similar income is projected into GST directly. I haven't done any calculation yet but I wouldn't be surprise that will be equivalent to 80% GST. So what will happen in coming near future is the increase of GST almost exactly as how it has been done with our petrol prices. May be you will see a GST 95 and GST 97 story ?

This article was suppose to be read in this sequence.


Malaysia's GST - a MAGIC !
Secrect of the MAGIC revealed !
a Perfect World !
What can we do ?