Below shows an extraction from Malaysia Income Tax department. Some of the highlights are;
Do take time and go through below details, I am sure it will spark some innovative ideas if you are in the midst of optimizing your tax plans. 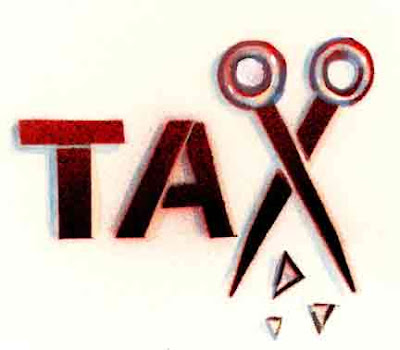 With effect from the year of assessment 2008, medical benefits exempted from tax is expanded to include maternity expenses and traditional medicine like ayurvedic and acupuncture without limit.

The full amount of gratuity received by an employee on retirement from employment is exempt if:

i. The Director General of Inland Revenue is satisfied that the retirement is due to ill health;

ii. Retirement on or after reaching the age of 55 years/compulsory age of retirement and the individual has worked 10 years continuously with the same employer or companies within the same group

iii. The retirement takes place on reaching the compulsory age of retirement pursuant to a contract of employment or collective agreement at the age of 50 but before 55 and that employment has lasted for 10 years with the same employer or with companies in the same group.

Gratuity paid out of public funds

Gratuity paid out of public funds on retirement from an employment under any written law.

Gratuity paid to a contract officer

Gratuity paid out of public funds to a contract officer on termination of a contract of employment regardless of whether the contract is renewed or not.

Compensation for Loss of Employment

This is payment made by an employer to his employee as compensation for loss of employment either before or after the date of termination.

This compensation is exempted from tax

Compensation received by a director (not service director) of a Control Company is fully taxable.

Pensions received by an individual are exempt under the following conditions:

For an employee in the public sector who elects for optional retirement, his pension will be taxed until he attains the age of 55 or the compulsory age of retirement under any written law. Where an individual receives more than one pension, the exemption is restricted to the highest pension received.

Any monies paid by way of scholarship to an individual whether or not in connection with an employment of that individual is exempted from income tax.

Money received under this category is exempted from tax on condition it is approved by the Minister.

Income in respect of interest received by individuals resident in Malaysia from money deposited with the following institutions is tax exempt with effect from 30 August 2008:

Royalties received in respect of the use of copyrights/patents are taxable if they exceed the following exemption limits:

However, the exemption stated above does not apply, if the payment received forms part of his emoluments in the exercise of the individual's official duties.

Income Remitted from Outside Malaysia

With effect from the year of assessment 2004, income derived from outside Malaysia and received in Malaysia by resident individual is exempted from tax.

Fees or Honorarium for Expert Services

With effect from the year of assessment 2004, fees or honorarium received by an individual in respect of services provided for purposes of validation, moderation or accreditation of franchised education programmes in higher educational institutions is exempted.

The services provided by an individual concerned have to be verified and acknowledged by the Malaysian Qualifications Agency (MQA). However, the exemption does not apply if the payment received forms part of his emoluments in the exercise of his official duties.

With effect from the year of assessment 2004, income received by an individual from the commercialization of the scientific research finding is given tax exemption of 50% on the statutory income in the basis year for a year of assessment for 5 years from the date the payment is made.

The individual scientist who received the said payment must be a citizen and a resident in Malaysia. The commercialized research findings must be verified by the Ministry of Science, Technology and Environment.

I was just talking about keeping the broadband receipt too.

Not sure if supplementary medicine can be considered as traditional medicines? If yes, I should start keeping the receipts now.

Good to hear that the Adsense earning could be exempted as well. :)

Sorry for my bad english. Thank you so much for your good post. Your post helped me in my college assignment, If you can provide me more details please email me.

hi. i am new to employment. jz recently my salary slip show PCB. early dis year my company cut PCB (bonus) to LHDN for abou 200+. i am confused bout the tax exemption. nw nearly monthly i pay rm10 for the pCB. can i get rebate for the laptop i buy and medical insurance i pay? if yes, how?

looking forward for ur reply
thanx

yes you can claim those tax back mid of next year while filing your tax. just keep all the receipts as proof.

for now you should focus on making sure the total you are paying EPF and your life insurance is up to a maximum of 6k, this usually mean you can buy a life insurance that cost about 1-2k.

Wow, Fantastic Blog, it’s so helpful to me, and your blog is very good,
I’ve learned a lot from your blog here, Keep on going, my friend, I will keep an eye on it,
duluth auto insurance

i am a Malaysian resident.
my salary is remitted from US to my local bank account in RM.
When i read the Tax Exemption for income remitted from out of Msia,
it seems that i do not need to pay tax.

I just want to clarify if i need to file for tax to LHDN?

If you stay in Malaysia, then you need to pay tax unless you don't (e.g. stay in oversea).